Sacred Ground and the Little Brother of War

Ambience: Natchez Song
Welcome back to the Pulse of the Planet. I’m Jim Metzner.
We’re listening to a traditional song from the Natchez Nation, which I recorded at the annual pow-wow held at the Grand Village in Natchez Mississippi. The name of the tribe is pronounced “Notchie” but it’s spelled like the city of Natchez. In the mid 1800s, the Natchez were relocated from Mississippi to Oklahoma and North Carolina – force marched, along with other tribes, on the infamous Trail of Tears. Every year, a group of the Natchez returns to the Grand Village to revisit their ancestral home. That’s where I met Hutke Fields, the principal chief of the Natchez Nation, who ended up writing the foreword to my novel, Sacred Mounds. In the novel, we get introduced to some of the words of the Natchez Language. I asked Hutke to give us a little taste of the language and its role in their culture.

JM If I wanted to greet someone and say hello greeting, what would I say?

HF As a greeting you would say, Cenkololo. Weda Shokonen. Cenkololo is a fancy way of saying “oh, Hi how’re you” in the greatest way. and then you could make the “Weda Shokonen” as a question. “Weda Shokonen? – are you having a good day?” The answer to that would be “UN-ah,” which means yes not “un-un”. (JM laughs)
Then you would say “Weda shogon” after that. yes, I’m good. and then he would start other parts of the conversation. (speaks Natchez) [“would you like some tobacco?”
We have a prayer to the four directions that .. well it’s actually more than four directions; four directions, up, down – that’s six, and all around, which is seven. Just in case we miss something.
And that prayer starts out with (speaks Natchez) and that means: to the east from whence the sun comes, for our honorable children and young people.

JM: Hutke and others have been making sure that the next generation is learning the Natchez language and keeping it alive. At the Pow-wow in the Grand Village, I witnessed a tradition that is also being kept alive – an intertribal stickball game. But the Natchez’s version of the game is very different from what I – who grew up in New York, would think of when you say stickball. The native American version is closer to Lacrosse, except the sticks are shorter and the game is played like a cross between tackle football and a World Wrestling Federation Free-For-All.

HF There are two different ways that we play stick ball. One of them is called the “little brother of war.’ … We try hard not to have battles and skirmishes and have other tribes be mad at us forever. Lots of the issues between tribes and between brothers and cousins tribes were resolved with a stickball game.

Stickball games – we call it man-to-man stickball these days. And they were used to resolve conflicts or to bet on something. Or both! Stickball – you have a little ball about the size of a golf ball. Sometimes it has a tail which means it doesn’t exactly go straight when you throw it straight. Unless you throw it really hard. Basically there’re no out of bounds limits.
Basically there’s a football field or larger, sometimes much larger depending on how many men are out there. And .. all you have to do is get that little ball through those uprights.

JM That’s the sound of a stickball in progress in the background. It took place in the shadow of the mounds, hallowed ground for the Natchez. The mounds are manmade hills found throughout the United States. Indeed they’re found throughout the world. At one point there were thousand, perhaps even tens of thousands. some have become famous like the Serpent Mounds. Many have been forgotten, plowed over, destroyed by construction. Some were burial mounds and some were ceremonial. And what the ceremonies were is still a bit of mystery.
Historically the Natchez were among the last tribes observed who were interacting, living upon, being involved with the mounds. When I was writing my book, that’s what originally brought you guys to my attention. What’s the significance of the mounds to you?

HF The significance of the mounds is everything… it embodies our culture. In other words, still today.. the principal chief or the Great Sun is basically like the head monk. He’s been chosen sometimes when he was a little kid and trained for. the position that he holds. Does he get paid for it? No. Does he own anything? No. His whole life as well as the town chiefs – they’re elected for the balance of their lives – is a life of true service.. We elevate, raise up, our chiefs. So the chiefs mounds are generally the tallest, because ..he’s basically donated the rest of his life to the entire nation. There are special ceremonial places .. that already have wonder there. That already have the great spirit. (What would) you call .. a place that has spirit?

JM I would call it a sacred place.

HF A sacred place where we elevate our chiefs. It’s an honor to be lifted up. Often we lifted the clan mothers, the primary clan mothers, in the same way they do the principal chief, or the Great Sun.

JM When you learned you were going to be the Great Sun? How did that come to pass?

HF You feel like you’re being watched. And you are…. We have a way of looking at people to see if they have enough spirit or if they’re showing dedication, or if they’re always there at the ceremonies, or if they try to touch medicine right. Strong people who are strong in the traditions and can laugh about the little things but get the big things done.

JM … Anything you want to say about what it was like working with me on Sacred Mounds. This is of a book that was partly drawn from the history of what’s been passed down from these men who wrote diaries and observed the Natchez and others through their own cultural lens. So it was distorted by their own cultural prejudices. And yet it’s a valuable record of what went before. Part of that was what went into the book. But you guys set me straight on a lot of that..with part of what was not written down, which was part of an oral tradition. Anything that you care to say about what it was like working with me to help lead this book come to pass.

HF It was a real pleasure working with you. Some of these old movies and books were just written by people who had done no research and it was just a novel. And a novel is novel. but when you can make it almost real to the point of using the correct language and talking about medicine and the way we do it, it makes it to our people and probably everybody else, more realistic and .. that’s probably not even a strong enough word. More like us and quite frankly I’m proud that you did such a good job of including the way we might have acted and the different spirits in people and the way we try to pray. I think the whole book is excellent and I’m proud of you.

Well thank you my friend, thank you that’s that’s very humbling and it was a mutual – a pleasure to work with you and and you know I was honored to be a witness to some of the ceremonies and to be with you on on the Emerald mound briefly and all that has been a great honor and a privilege to me too.
I have one other question I want to ask you about. The book talks about listening in a special way. listening is such an important part of everyone’s lives, whether we know it or not. Something that the world could use more of these days. And in the book, listening itself becomes a sacred process. That’s something I felt was important in the book as well. Whether or not tht reflects accurately on the practice of the Natchez I really don’t know. There’s my question. What is the importance of listening, from what you’ve received and from what you wish to pass on?

HF You’ve heard when they say. too the young ones, ” listen to your elders” and what do the elders say? If you want to do it better, you go out in the middle of the middle of the woods and listen to the trees and the birds and squirrels and the bears and see what they have to say about it. They say that listening in the proper way, you have to listen to everything, including mother Earth or we’re going to lose it. So that in your book, praying in the proper fashion at the proper time so that bad things don’t happen with our mother the earth is phenomenal, I think.

Sacred Ground and the Little Brother of War

Celebrating Indigenous Peoples Day with Hutke Fields, the Principal Chief of the Natchez Nation. "You have to listen to everything, including Mother Earth" A taste of the Natchez Language, the no-holds-barred game of Stickball, and what it feels like to be chosen.
Air Date:10/10/2022
Scientist:

"This is a rollicking, thought-provoking, rollercoaster of a novel. It's time travelling on steroids, but it asks big questions. Bravo!" -- Ken Burns, filmaker

He spent decades recording soundscapes. Now they're going to the Library of Congress. 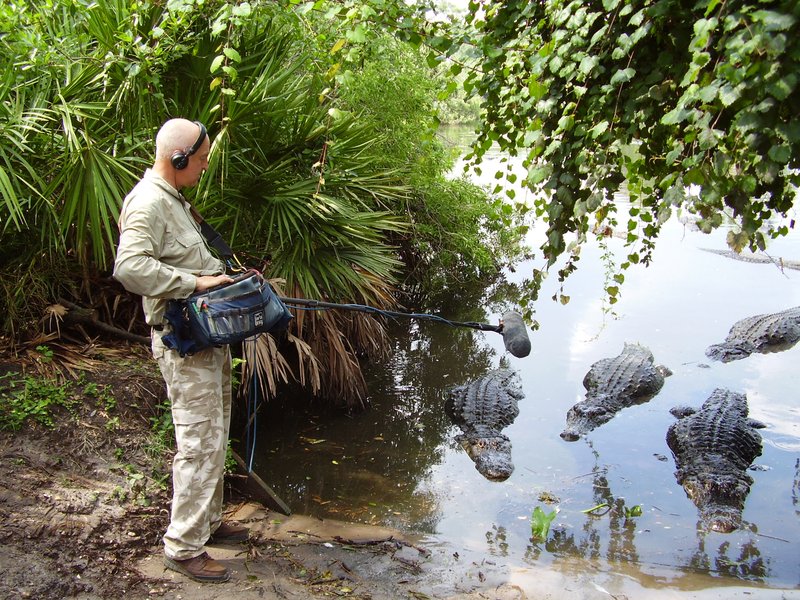 Announcing the
American Soundscapes Project where you can hear the work of some of the best sound recordists in the world and contribute sounds that are significant to you.